Remember to click the GIVEAWAYS tab to enter the current giveaway!

I can list the major trials in my life without even thinking about it:

* Death of my brother-in-law

But none of these trials even come close to our adoption experience. Without a doubt, that was the most excruciating, heart-breaking pain I’ve ever felt. Consequently, the end result created the most exhilarating and deepest joy I’ve ever tasted.

Without a medical explanation, Brad and I were unable to conceive on our time-frame. Trevor was born after a year and half of marriage, so we just assumed I’d be like my mother and fill our home with back-to-back children. After months turned into years, we began fertility treatment. Our heart-wrenching miscarriage of twins preceded the birth of our 2nd child when Trevor was 5. Brooke and Trevor filled our home with love and laughter, but we knew there were more children to come. We lived on the island of Guam at the time, and about the time Brooke turned 4, I remembered reading in the paper several weeks earlier about the need for foster homes. When I picked up the packet in the Guam Social Services office, the receptionist asked if I wanted an adoption packet as well. Of course I did! I asked about adoption and she told me that because of the culture, they hadn’t actually had an adoption outside of extended family in over 12 years, so I should not get my hopes up. Too late. We filled out the paper work, completed the necessary police clearances and home visits, then counted the days as we waited. Finally, on our 11-year wedding anniversary, we got the call. There was a 5-week old infant boy who needed a home. AND, he was adoptable. Brooke and I drove immediately to the office where Bryan was waiting in his battered car seat, head tilted up and to the side as he was apparently used to having a bottle propped to eat. We filled out the paper work, made a quick stop for formula and diapers, then headed home to enjoy the greatest gift in the world. Surprising Trevor at the bus stop after school, then playing with Bryan till Brad came home made for a very full day. Our little treasure had never been bathed and had long curly hair that desperately needed cutting. He sure did clean up well! Bryan came to us without anything – including a name. So we held a family council to name him. Thankfully, it was not a democratic situation or he could have ended up being named “Tofu”, “King Kong”, or “Benjamin Franklin”. Our social services caseworker was quick to warn us to not get too attached. Even though he was adoptable, parental rights were not yet terminated and it was their job to try to place him somewhere within the extended family. But we knew. The bonding was immediate, and we couldn’t give up Bryan any easier than we could give up each other. 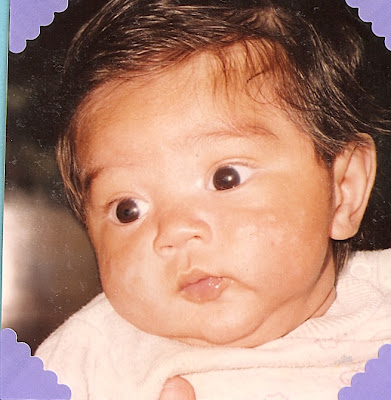 Bryan didn’t cry for the first couple of days that we had him. He had been neglected and had learned in those first few days of life that it did no good to make any noise. But all it took was a couple of days with an over-load of attention and Bryan learned to exercise his lungs as well as any newborn! 8 months went by during which time I got pregnant, we lived through several typhoons and an 8.2 earthquake that rocked our world for 60 full seconds, and we continued to grow as a family. When parental rights were terminated near Bryan’s 8-month birthday we rejoiced. But our happiness was short lived. Just days later, our caseworker called to inform us that Bryan was being taken from our home to be placed in a home with parents of the same skin color. 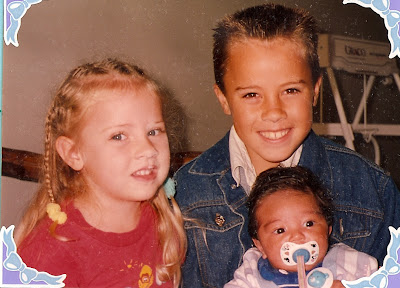 precious threads of hope, help and happiness shared by friends and strangers alike

Silver Strands
The idea for this blog came to me when my mother was diagnosed with cancer. Being her only daughter with silver hair, I decided to shave my head and donate my silver strands to make a wig for her to wear until her own silver strands grew back. I realized that all over the world there are people and organizations that are giving their own "silver strands" every day, and I want to promote them and share the little miracles I find with you. And I want to hear about your Silver Strands! Denalee